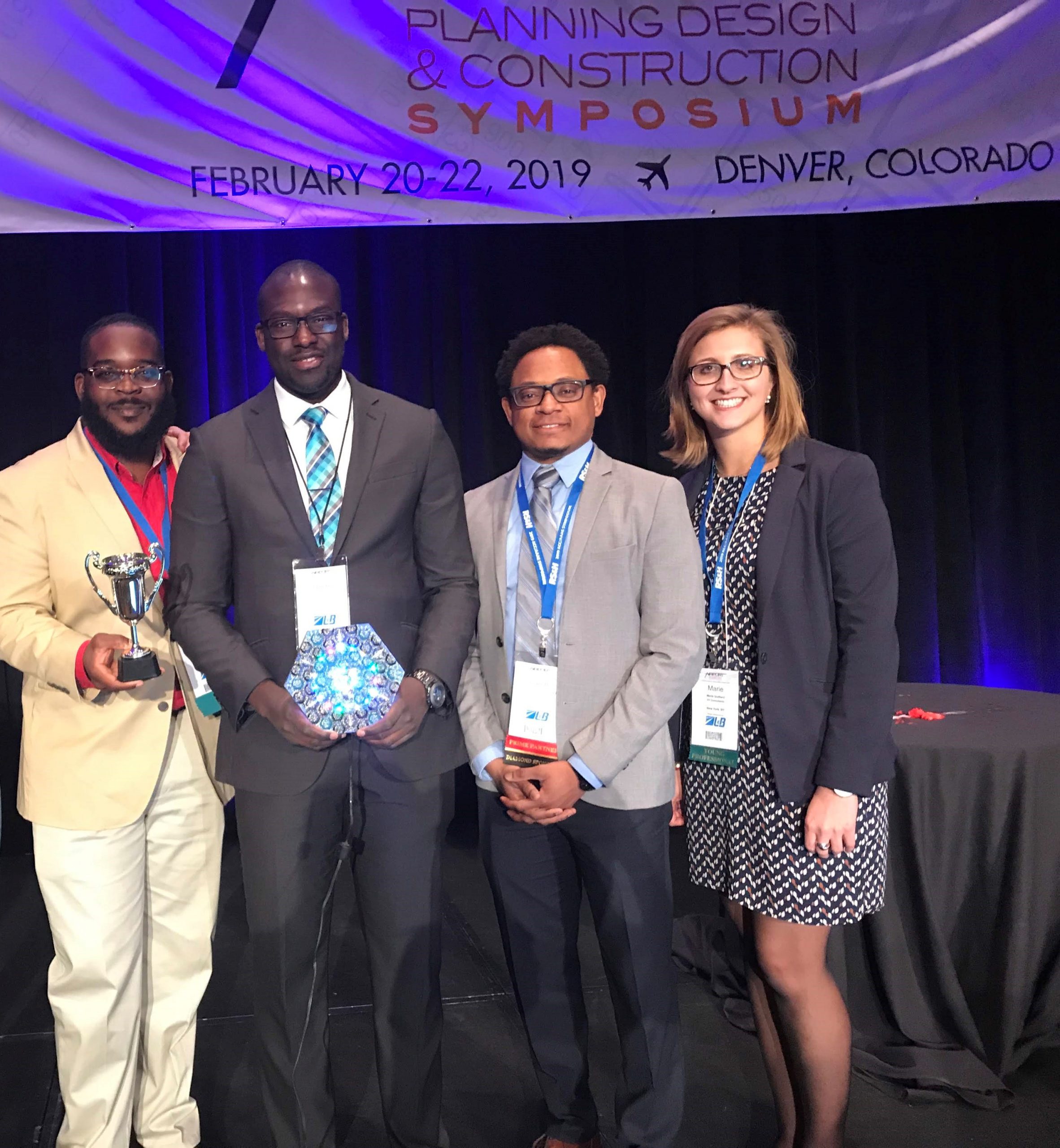 In the fall of 2018, we were contacted by a group of airport professionals who wanted our permission and help to enter an airport contest for Young Professionals sponsored by the Airport Consultants Council. They had to submit a paper and the top two winners would be selected to give presentations. We consulted with them as they worked on it over several weeks. They were selected as one of the winners and presented in Denver at the Airport Planning Design & Construction Symposium in February of 2019. There, their presentation entitled, Solar Powered & Intelligent Pavement, was selected by the audience as the overall winner. We were glad to see this as we have long believed that airports will be one of the most important applications for Solar Roadways. Some airports had already contacted us prior to their award, and even more since, both small and large.

In March, Scott was the keynote speaker at Hackfort in Boise – the technology part of their citywide Treefort Festival. We also had a panel display and enjoyed meeting with interested visitors. 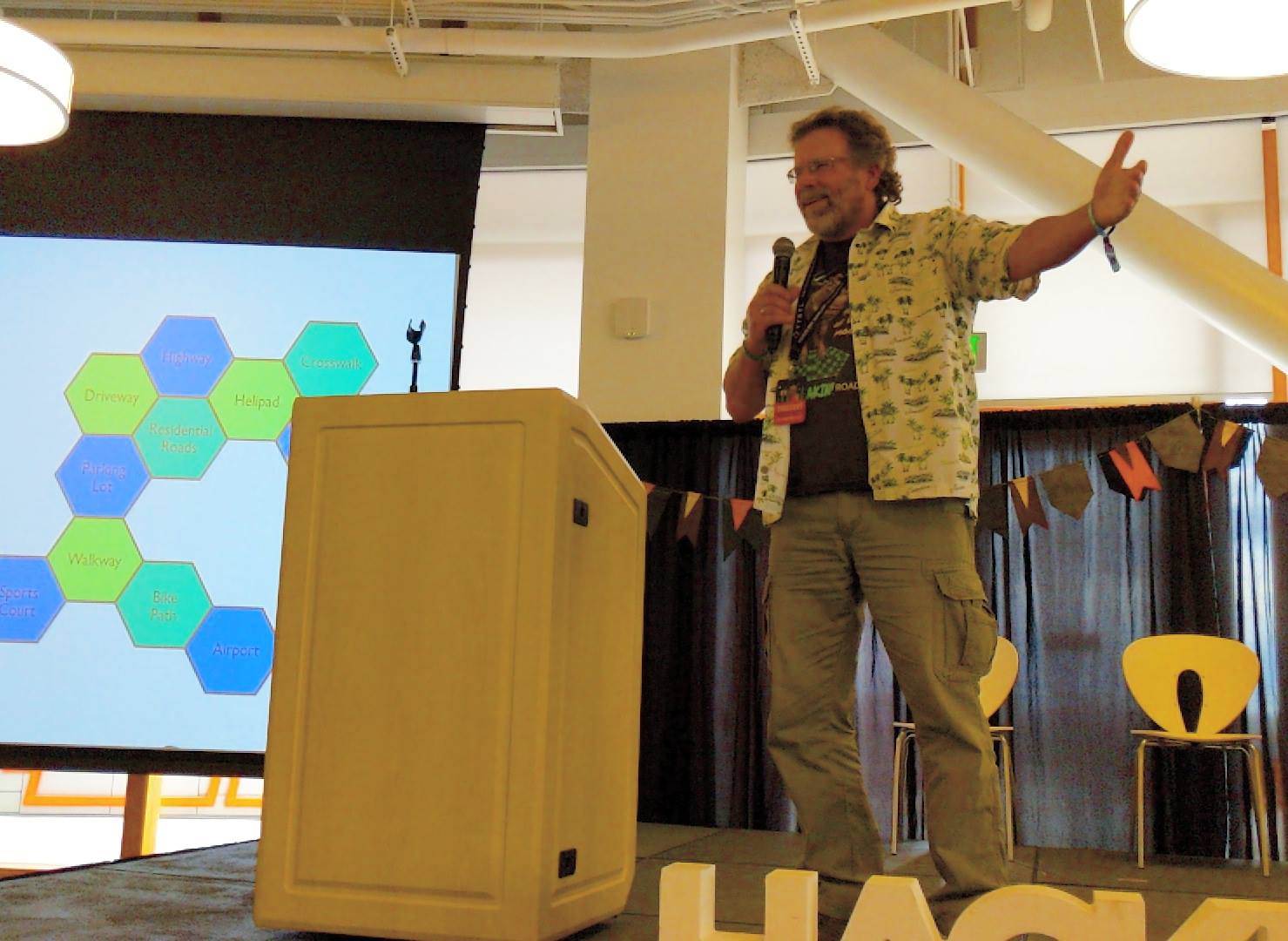 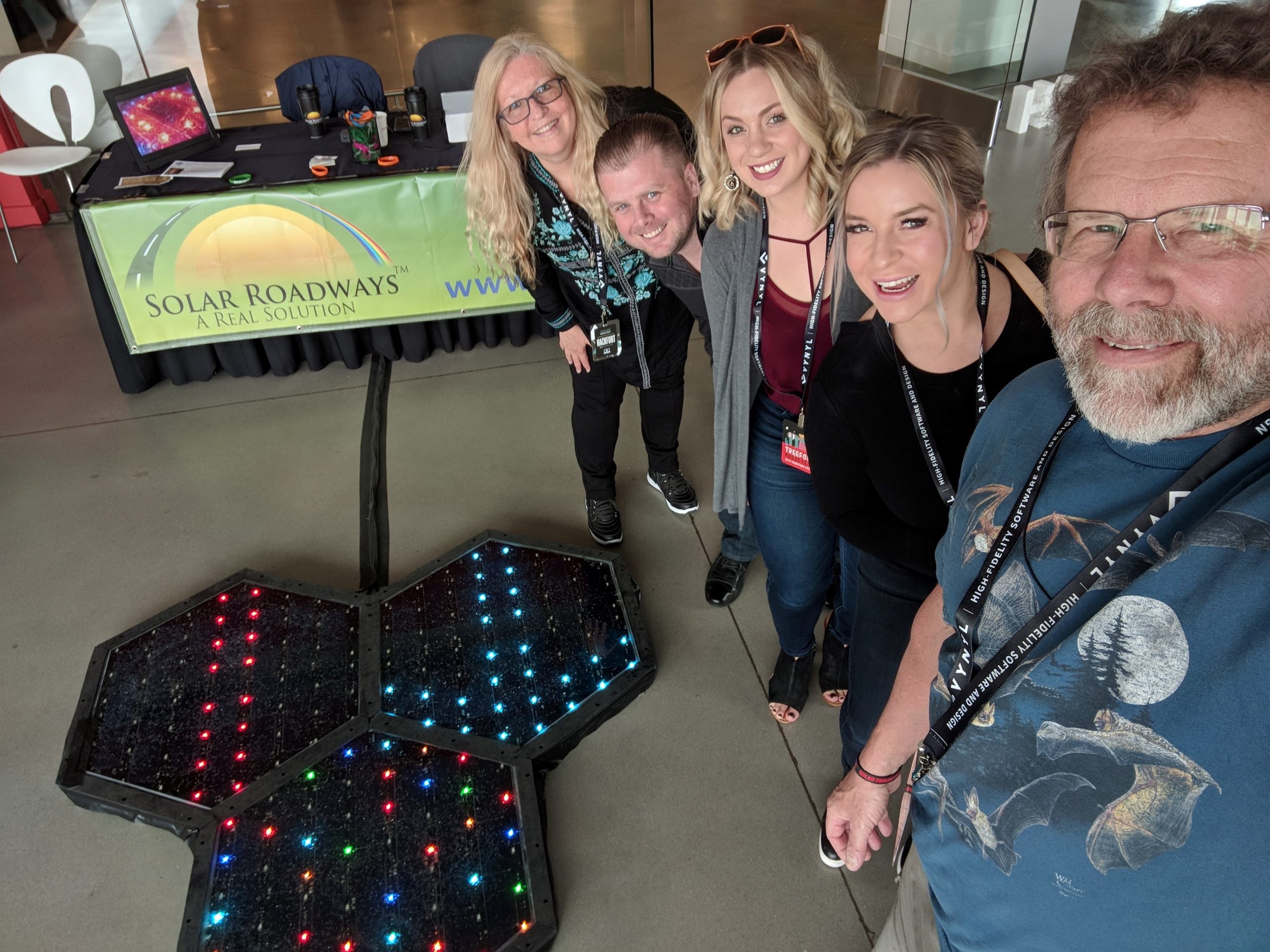 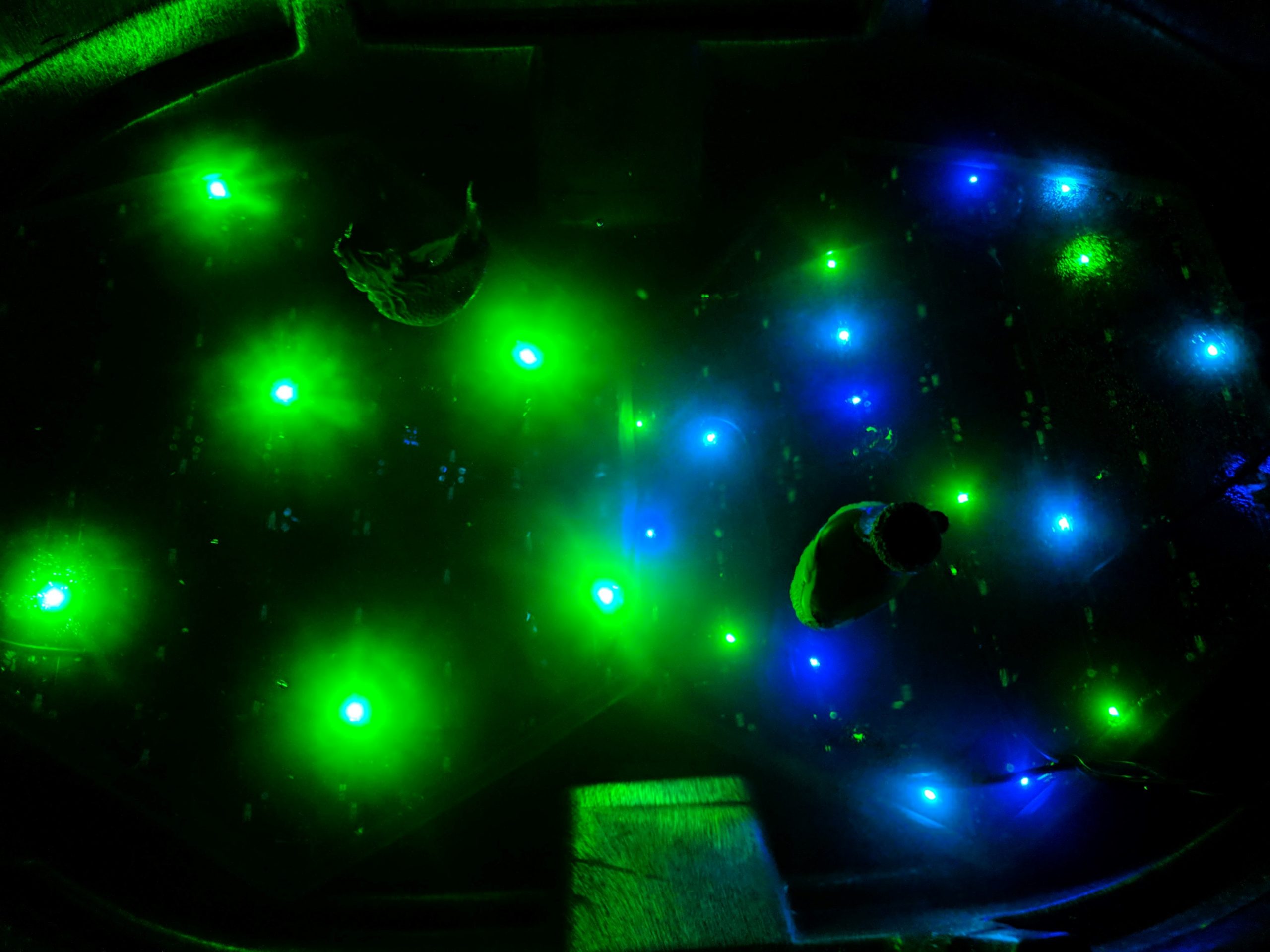 Although the Moisture Conditioning test at Marquette University went very well, they hadn’t kept the panels running while submerged. We decided to add that test. We submerged two SR4 panels in a tank of water in our shop and kept them running for several months. We know that many areas of the world experience extensive flooding and we wanted to confirm that our hermetically sealed panels could handle those conditions. Note that you can see the LEDs really well through several inches of water. It’s so clear in fact that we added rubber duckies to make sure people realize the panels are in water. The panels continued working throughout their months underwater.

In May we had a wonderful visitor from the UK, interested in some projects there. We also enjoyed once again watching the children play on the panels during Sandpoint’s Lost in the 50’s celebration. 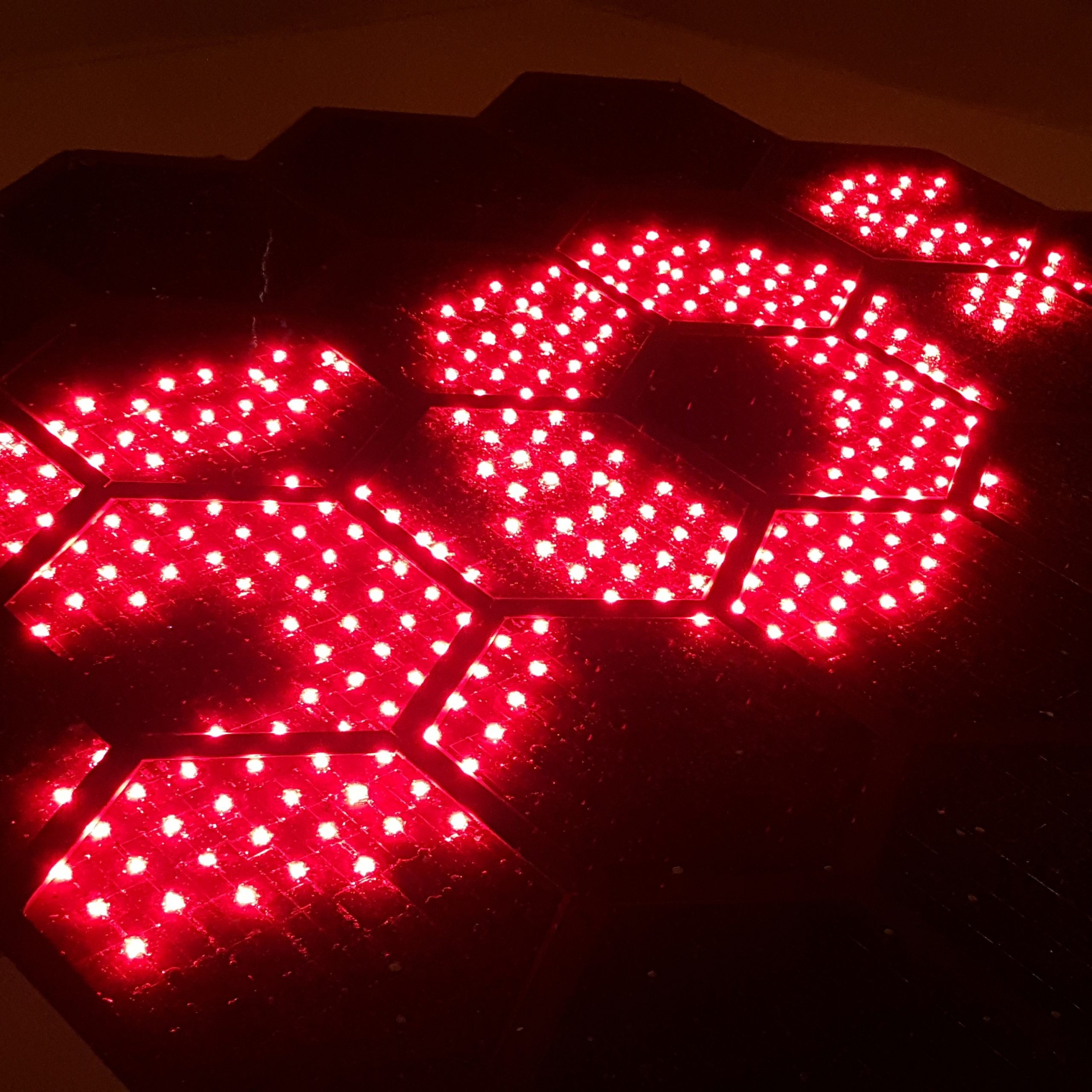 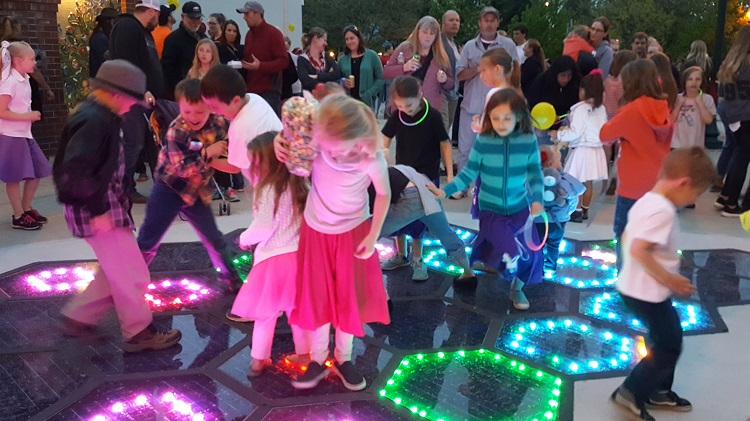 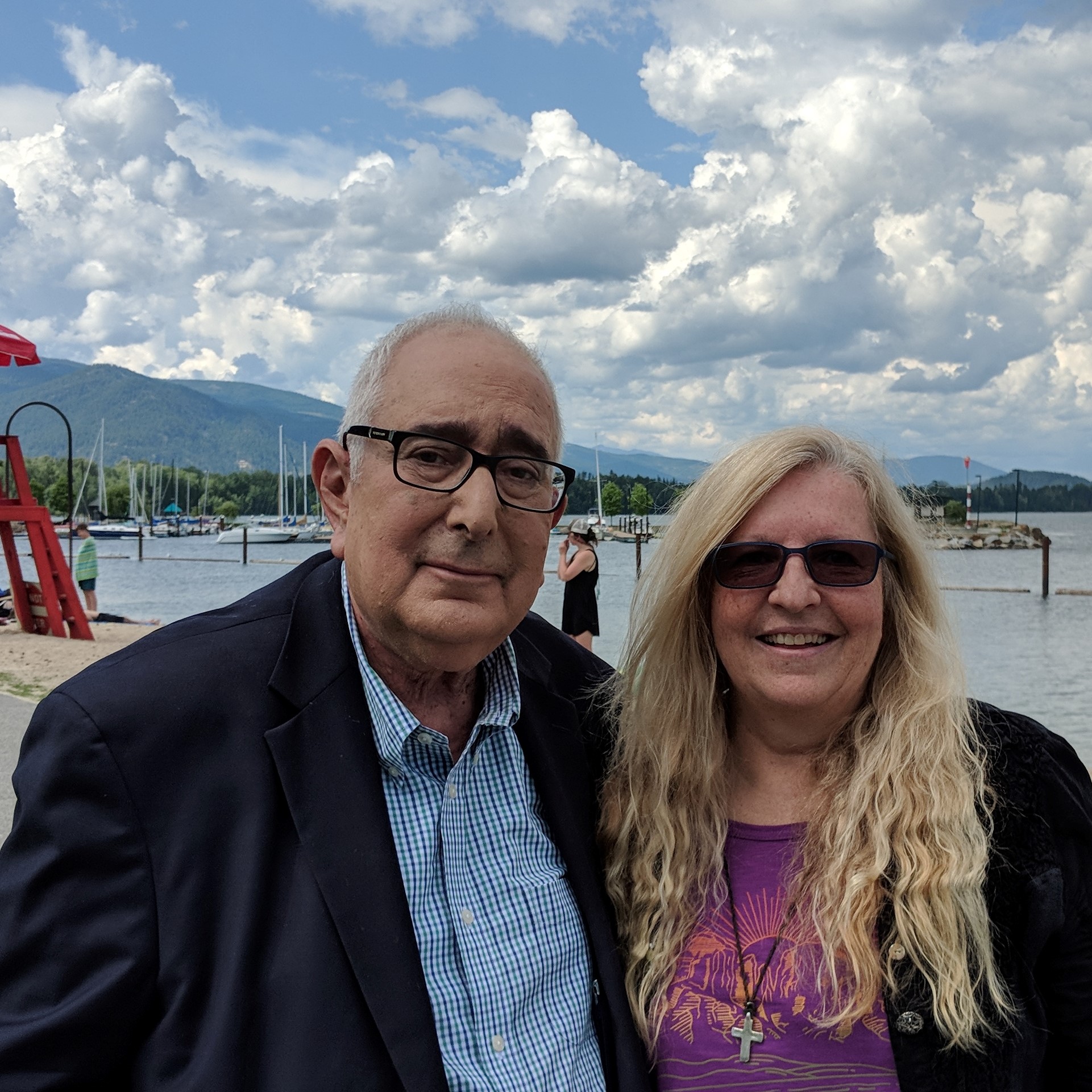 During the summer, Julie was at our beautiful City Beach and happened to spot the famous actor and economist Ben Stein. She enjoyed telling him about Solar Roadways and taking a selfie.

Scott and Julie made a podcast called Scrappy which is available on our video page.

Then Scott and Julie set off for some very concentrated traveling time. First we flew to Orlando to meet with a variety of interested customers. NASA hosted an event for us and invited many people to attend.

Then we flew to Boise where Scott and Julie presented and exhibited during their Boise Start Up Week. 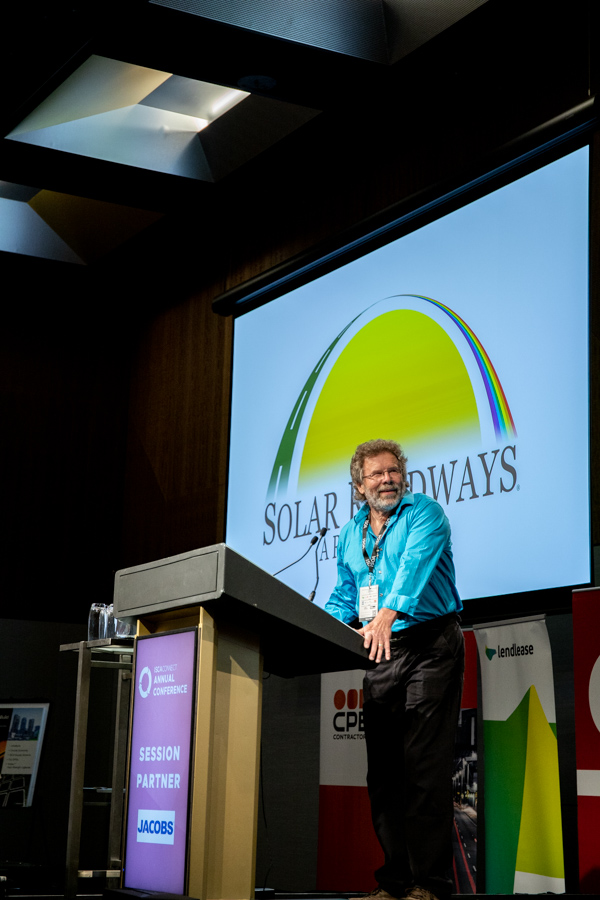 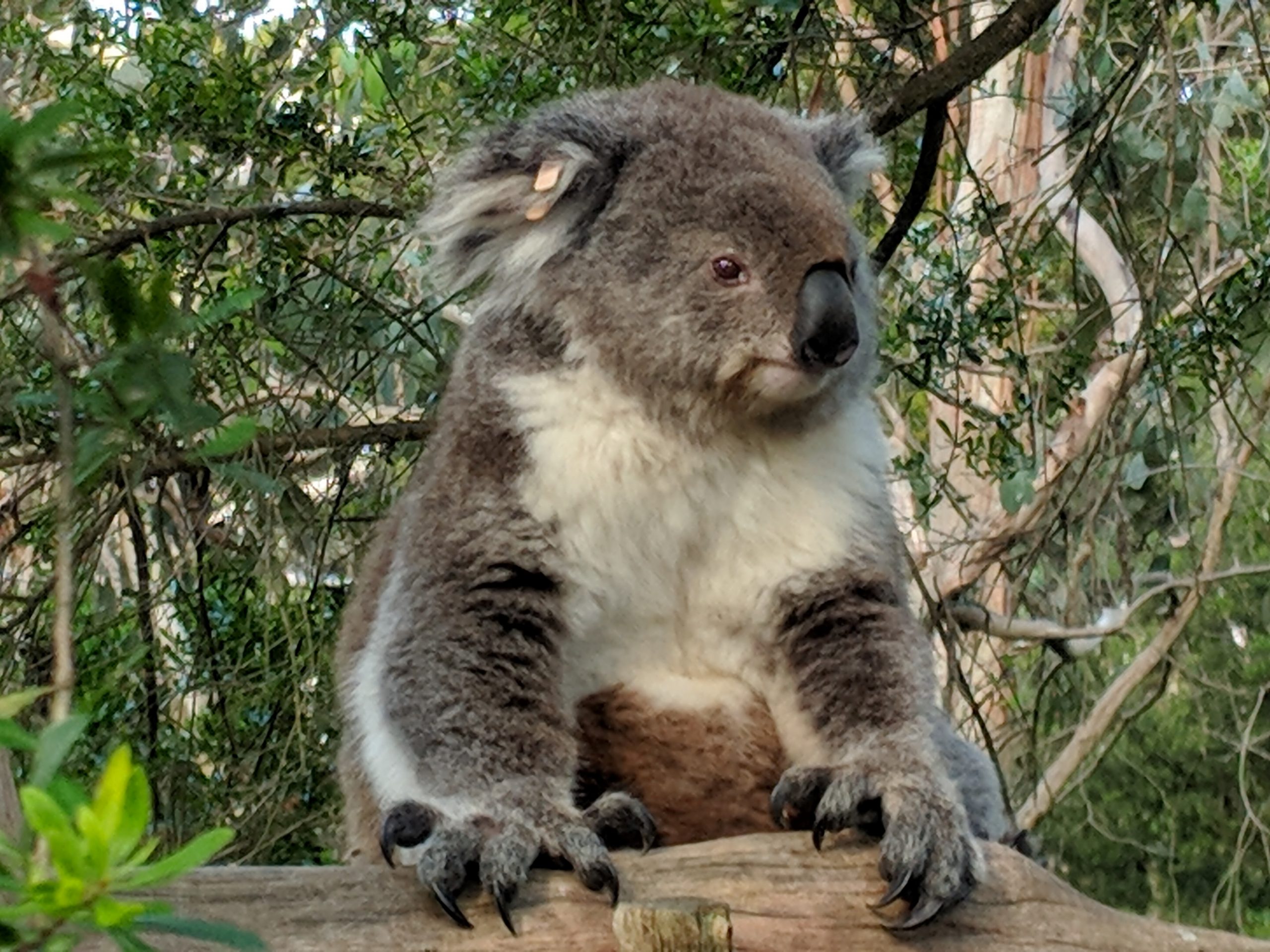 Then it was off to Australia for the first time to speak and exhibit at ISCA’s Sustainable Infrastructure Conference at the gorgeous Melbourne Convention and Exhibition Centre. We got to see kangaroos, wallabies, koalas and even penguins for the first time in the wild. That meant so much to us as we are working to make the earth greener for all creatures. 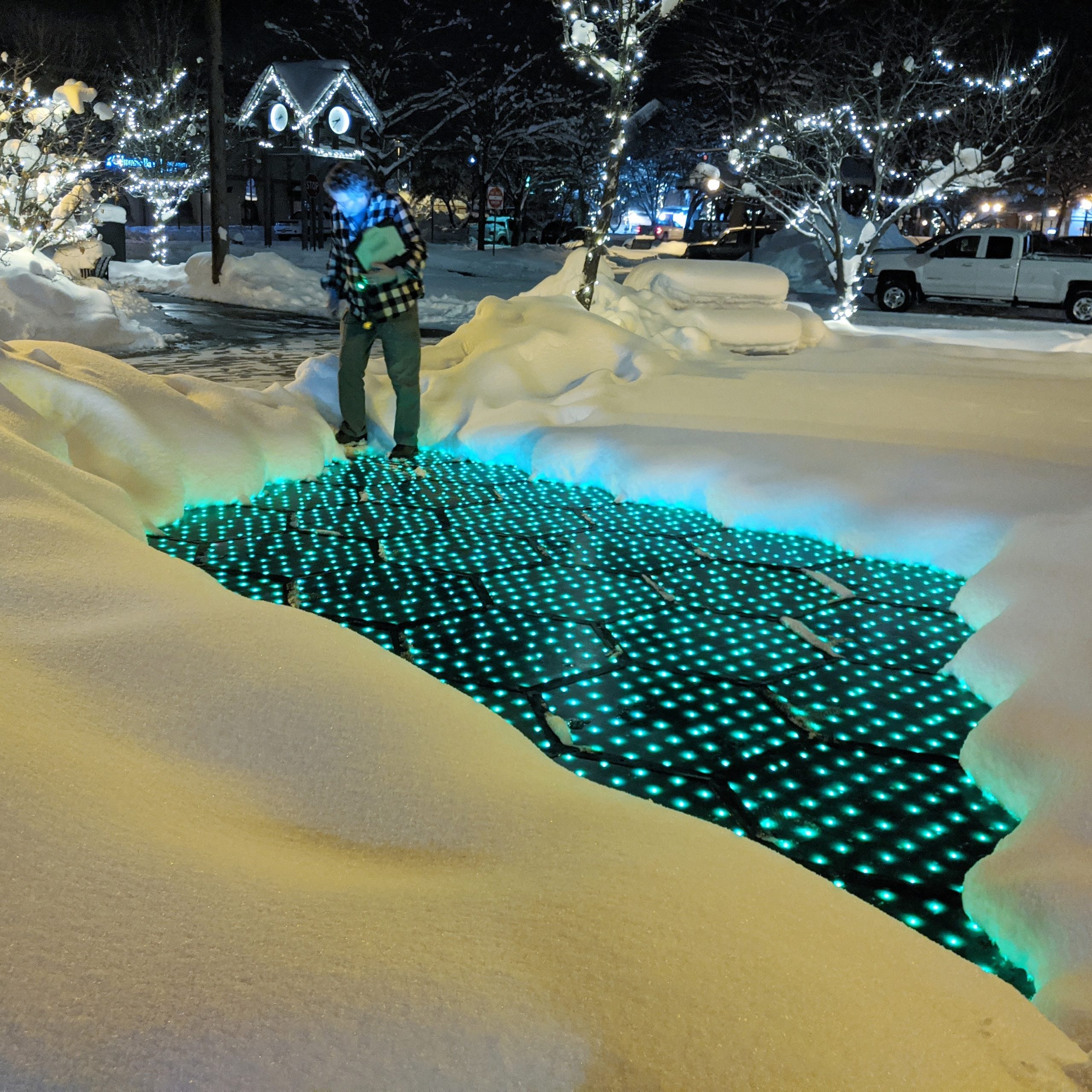 After we returned we installed the new SR4 panels in Sandpoint. The new cables are holding up well and the new panels handled winter in spectacular fashion. 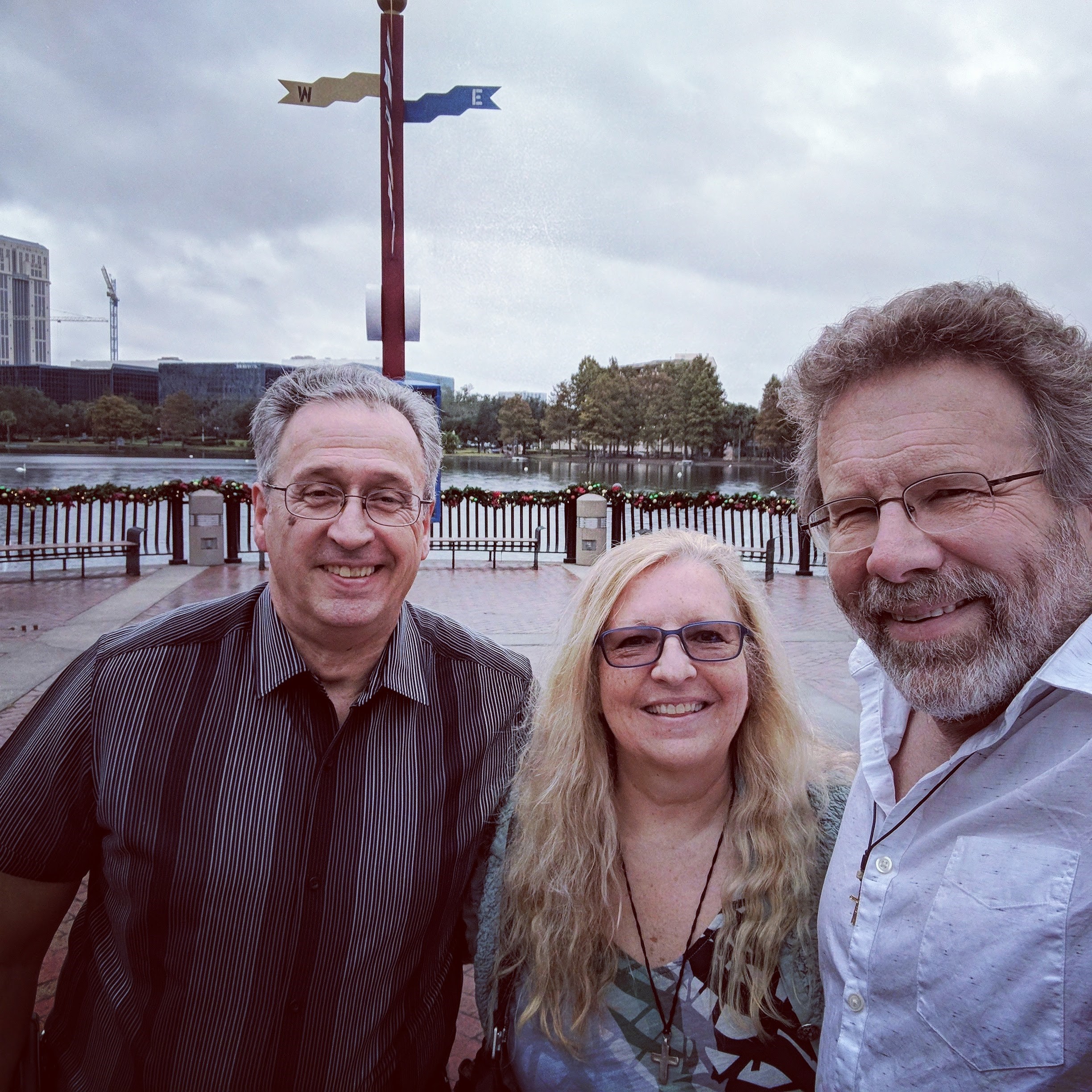 In December, we returned to Florida to meet with City of Orlando folks about an installation there and to view prospective sites. We settled on the beautiful Eola Park and were excited to complete the agreement. We also visited the new Sun Trax facility which may be of help to us for future testing needs.

Then came a worldwide pandemic. We had been just about to move forward with several Florida projects, grow our manufacturing capacity and then make the panels available. Now even our large very financially secure interested customers were no longer thinking about innovation – but survival.

Scott and Alyssa took one last trip to Detroit where he met with some really large manufacturers. After that it became unsafe to travel. We continued conversations with them and have since settled into a working relationship with one of them who would like to become our main manufacturer (they have world-wide facilities). Scott began designing SR5 during the summer of 2020 and they are helping with expertise in design changes to make the panels more easily mass produced which will also bring down costs. 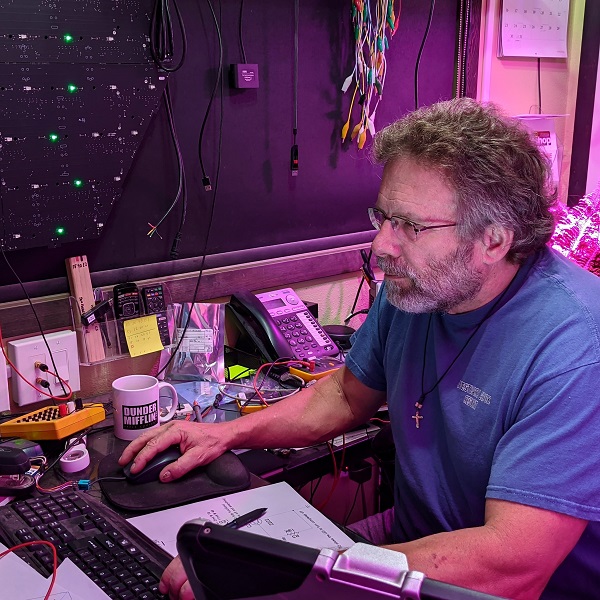 We were asked to film an educational video for schools by Ballard & Teague. They are creating a new environmental program for schools called, What’s Your Footprint? We were able to film it ourselves to as to remain socially distanced. 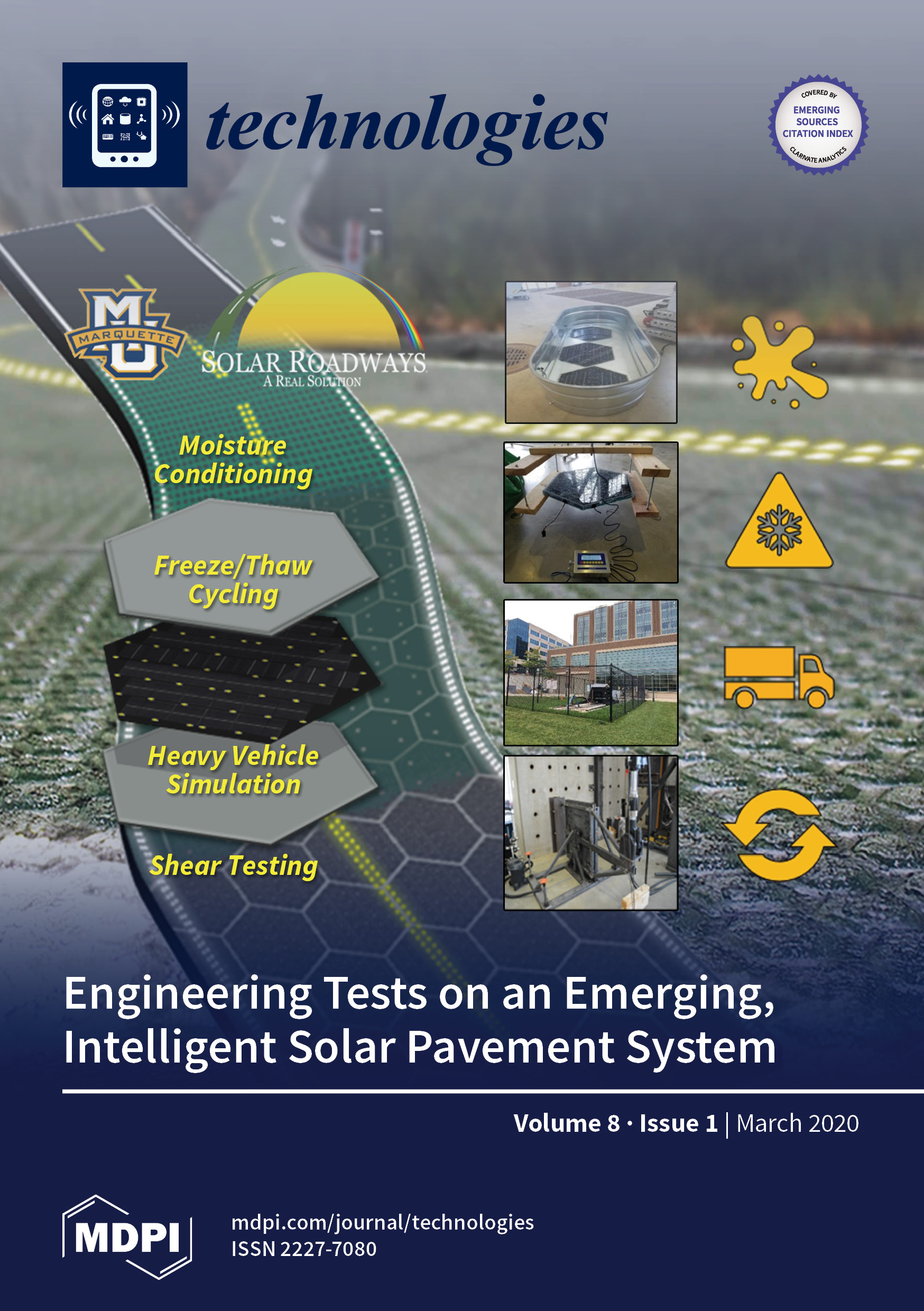 The results of our testing through our Phase IIB USDOT contract were featured on the cover of Technologies Magazine.

We shared a video of one of our most ambitious tests: Advanced Acceleration which simulates 15 years worth of truck abuse in three months.

The pandemic has made 2020 the most difficult year in Solar Roadways history as for most companies. Even the grant process has been slowed, but we were very excited to be awarded a new government grant in December. This time with the DoD – Department of Defense. We are so glad that the US Military is interested in both the green and intelligent aspects of Solar Roadways. To be the first to hear about this news as we progress, please email to receive our Newsletter: Newsletter@SolarRoadways.com.