Many people are familiar with the difficulties of driving in winter conditions. Roads lack traction due to standing water, snow, slush, ice, etc., causing people to have to drive slowly and cautiously. This makes commutes longer and drastically increases the risk of motor vehicle accidents (MVA). Just in the United States there are over 100,000 injury causing MVAs per year. 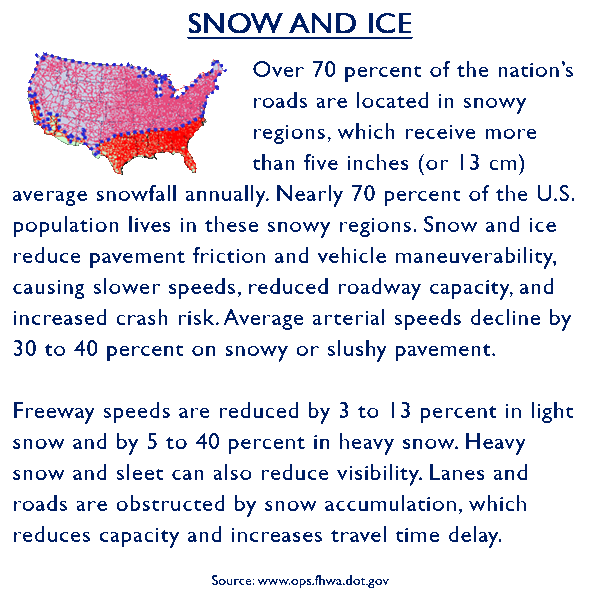 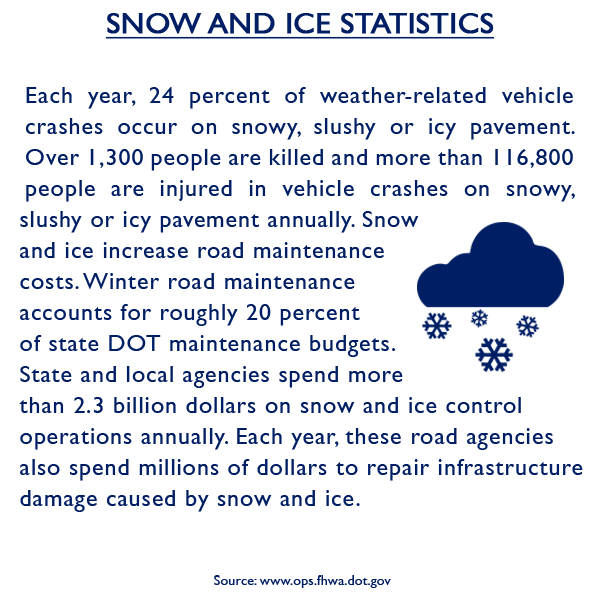 Solar Roadways® panels have an integrated heating component. The heating system in Solar Roadways® maintains a temperature above freezing. This keeps the road free of snow and ice. Since more than 70% of the U.S. population lives in snowy regions, this system is crucial to maintain safe road conditions. The implementation of a heated roadway system would also save a significant amount of time in snow removal. The electricity required to run the heating elements will vary from location to location. Every effort has been made to make sure only the minimal amount of energy is expended in keeping snow and ice from accumulating.

For homeowners SR can provide safe and efficient walking and parking surfaces. Shoveling and plowing are time consuming and shoveling can result in injuries. Many homeowners bear the expense of purchasing snow removal equipment or pay others to plow for them. Heated driveways, walkways, paths, patios, etc. would provide safer walking and driving surfaces that require less maintenance. With the implementation of SR, homeowners would be saved from winter inconveniences.

The heaters only have to keep the surface warm enough to prevent snow/ice accumulation. The panels will not be heated to the extent of being warm to the touch. This saves energy and therefore capital for the end user. 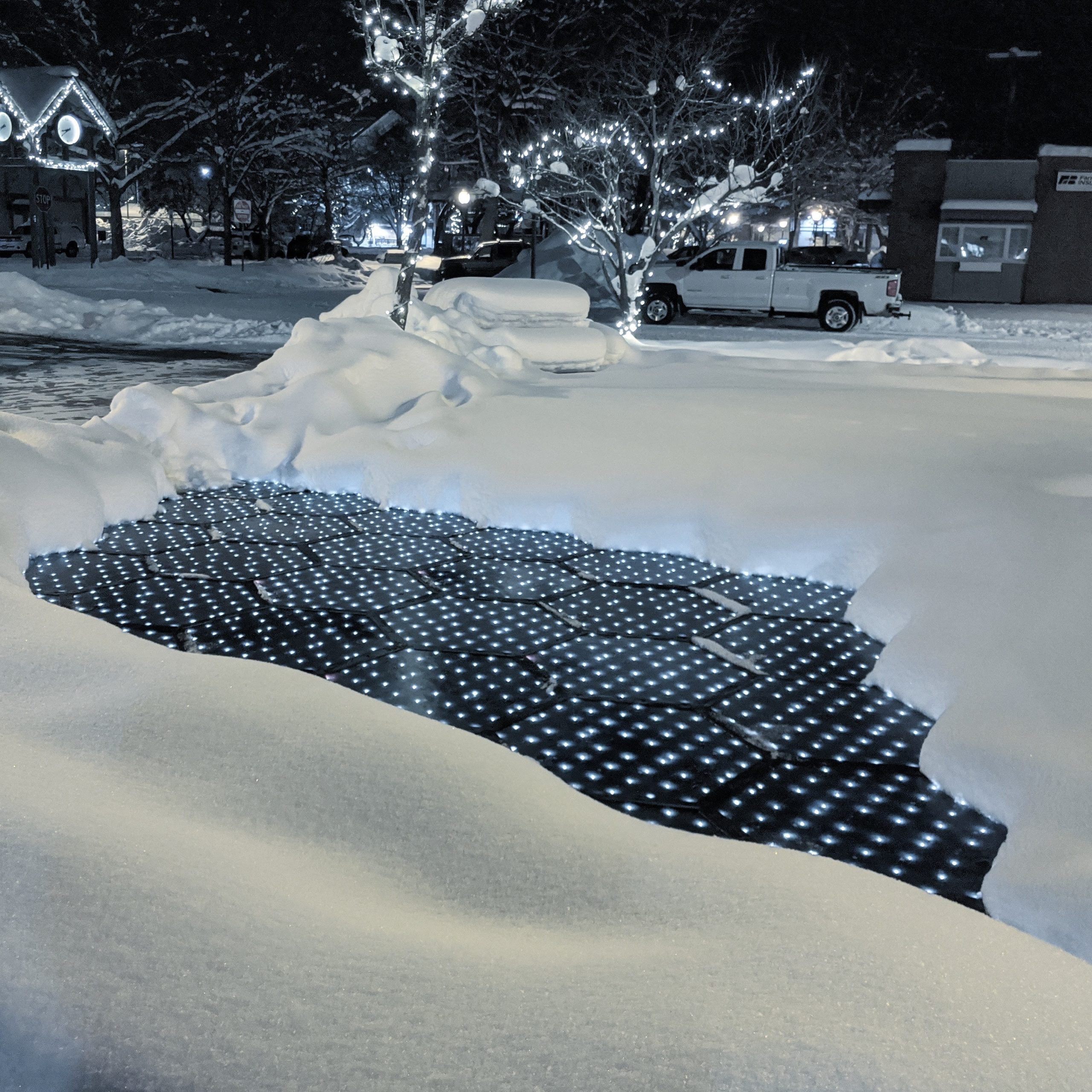 For those who live in the northern climates, the implementation of SR provides added safety and eliminates the expense and inconvenience of snowplows, shoveling, and road chemicals. Those in warm climates won’t need the heating feature currently, but due to changing weather patterns, all panels are equipped with heating elements at no extra cost.

Some have expressed a concern that wildlife will want to rest on the road due to its increased temperature. The area in which our SR2 prototype parking lot is located is full of moose, elk, deer, bear, mountain lions, and assorted smaller creatures. There is constant monitoring of our prototype, and there has been no animal activity. The panels never actually feel warm.

Winter road conditions are quite worrisome. According to the USDOT, the U.S. spends over 2.3 billion dollars on snow and ice control annually. In addition, there are also millions of dollars spent to repair infrastructure damage caused by snow and ice. Poor road conditions are responsible for many accidents that occur. Managing roadways during the winter is also an expensive process, that leaves many states in financial deficit. The heating elements in SR will provide a dependable safety previously unknown to wintery roads. The SR system helps offset its initial cost, counter balancing cost of implementation and use.