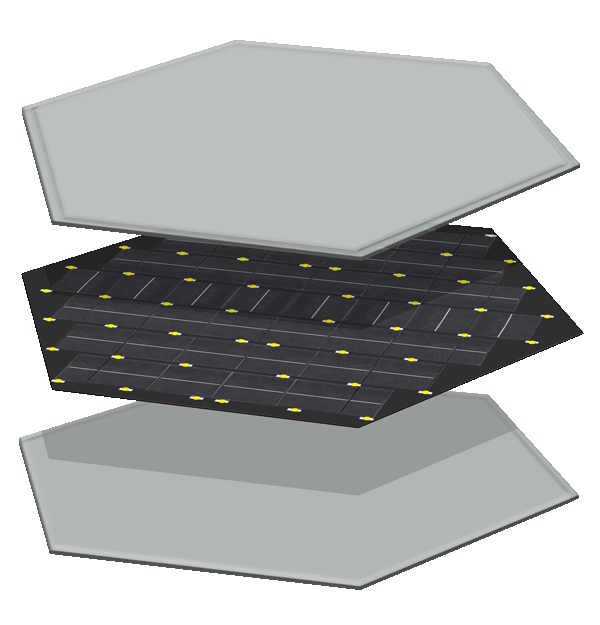 Solar Roadways® (SR) has a complex electrical layer. Electrical components are placed on a circuit board that is then enclosed between two pieces of glass and hermetically sealed to protect the sensitive electronics.

The solar cells, heating elements, and LEDs are covered thoroughly in other sections. This section covers the other electrical topics.

Solar Roadways® customers will find that many types of energy storage can be incorporated for use with the SR system. Thus far, we have used a virtual storage system for our pilot projects. Excess energy is sent to the grid during daylight hours. Then power can be drawn back out of the grid at night. This flexibility is perfect for SR, as solar energy is only available during the day, and the heating elements and LEDs need access to power at night. This also avoids the expense of adding a storage system. It’s also ideal for people with concerns about the environmental friendliness of batteries.

Solar Roadways® is compatible with energy storage devices. Home batteries can be used if customers wish to incorporate them. Many people tell us they are planning to pair Solar Road Panels for driveways, patios, etc., with Tesla’s batteries.

SR generates clean renewable energy. There have been some questions as to who owns the electricity produced by Solar Roadways®.

The short answer is, whoever owns the property, e.g., for driveways, patios, sidewalks – the homeowner, for parking lots – the business owner, for airport tarmacs – the owner of airport. Solar Roadway installations can be owned privately, by the city, township, county, state, or federal government. 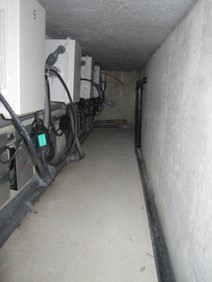 Solar Roadways® can replace all current centralized power stations and become the smart grid for each nation, with sufficient installed infrastructure. The Cable Corridor remedies the need for unsightly utility poles. The Cable Corridor that runs alongside Solar Roadways® can provide a home for utility lines. Power lines, data lines, etc. can be placed within the Cable Corridor. This can significantly reduce outages from storm events. This would also provide easy access to all systems, making maintenance and repair simple. The safety of utility workers who must now climb poles and dig for cables buried in the ground would be protected. Landscapes would be unmarred. Power can be generated everywhere – from all walking and driving surfaces.

This system will be decentralized. A decentralized power system offers a new level of protection. A centralized power station (whether coal, nuclear or solar) is vulnerable to terrorist attacks and other threats. The circuitous system of roads cannot be taken out. If power is disrupted in one section, it will still work in others, whereas a centralized system can lose power for thousands of homes and businesses in one fell swoop.

All walking and driving surfaces can now supply power to homes and businesses. Less energy needs to be transported over long distances, resulting in less energy loss. It also means smaller cables are required, saving materials (and therefore costs). SR produces the power closer the point of use.

Some have expressed concerns about theft. Each panel has its own microprocessor, which communicates wirelessly with the surrounding panels. They monitor one another for malfunctions or problems. If someone were able to pull a panel out of the road and load it on a truck, the stolen panel would continue communicating with all of the other panels in the road. The road would know exactly where it was and how fast it was moving. The panel would literally lead the authorities to the thief.

Weight sensors are electrical devices that can be used to determine the pressure on a surface. This technology works, but has proven to be expensive to implement. SR is designing their own technology, which will be integrated to the panel design upon its completion. Adding these sensors to SR panels essentially turns each panel into a type of scale. They can sense objects of (or above) a certain weight on the surface of the panel and the microprocessors can take any programmed action; this can warn drivers of potential hazards in the road. We are working to implement this technology into our latest model: SR5.

This will make new safety features possible: As a pedestrian steps off of a sidewalk and onto a SR crosswalk panel, the microprocessor signals to the other panels in the crosswalk that someone or something has entered the crosswalk. All of the panels in the crosswalk can then flash until the pedestrian has safely reached the other side. The SR panels can also warn oncoming drivers. The road panels in front of oncoming cars can tell the drivers to “SLOW DOWN”, in letters illuminated in the road’s surface. The rest of the road can incorporate these sensors as well. The road could warn drivers of moderately massed objects in the road, e.g., a person, an animal, a fallen tree, a large rock, etc. 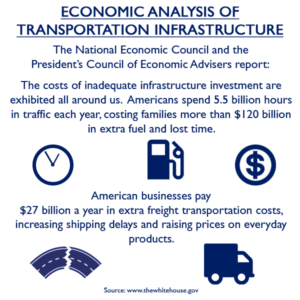 SR is modular, so repair will be much quicker and easier than our current maintenance system. Each panel weighs 70lbs (31.75kg). A single operator could load a replacement panel and respond to the scene. The panel could be swapped out and reprogrammed in a few minutes. The damaged panel would then be returned to a repair center. In order to redirect traffic with minimal disruption, the operator could quickly redraw the LED road lines to create a detour, and just as quickly put them back to the default position when he or she is finished.

Solar Roadways® has a microprocessor located approximately every 2.5 feet. Since neighboring panels also communicate with one another, if a problem were to arise, the road would report it to a central control station.

Solar Roadways® is specifically engineered for road use. SR panels are designed to last a minimum of twenty years. Solar cells are the limiting factor: they can continue to work up to 30 years, but they are less efficient toward the end of their life cycle.

Each panel can withstand great variations in temperatures. The electronic components are made to endure high temperatures. The microprocessors can endure temperatures from -40⁰F (-040⁰C) up to 257⁰F (125⁰C). During Solar Roadways® last USDOT contract, the panels were tested in environmental chambers. See results here.

Each Solar Road panel is hermetically sealed to protect the electrical components. The panels can be completely submerged, and the electrical components will be protected. This is a preventative measure for flash flooding. We left two SR4 panel completely submerged in a tub of water for several months (notice the floating ducks) and they both continued to function throughout the test.

In the event of lightning, the entire system is well grounded. Since the Solar Road panels are at ground level, lighting is far more likely to hit a nearby tree or other high point. In addition, glass is an insulator (non-conductive), so lightning is very unlikely to strike it.

Some have inquired how SR would be impacted by an electromagnetic pulse (EMP). An EMP is a burst of electromagnetic radiation that results from an explosion (usually from the detonation of a nuclear weapon) and/or a suddenly fluctuating magnetic field.

SR can shield against an EMP as with any other type of electromagnetic radiation: with shielding and proper grounding, which can mitigate or eliminate the effects of EMP. Shielding places a conductive surface between the source of the EMP and the electronic components. When the harmful radiation encounters a conductive surface, energy is transferred from the magnetic field into the conductive surface and shunted safely to ground. This leaves less of the energy available to be transferred into the circuit. Protection diodes, which provide a low impedance path around low voltage circuitry, can also be utilized to minimize the effects of inductive voltage spikes.

The electronics in SR will be hardened against external interference for a variety of reasons. In theory, if a massive EMP event (such as a nuclear bomb) were detonated above the Solar Roadway® (or any other electronic system) the damage caused could be significant and difficult to predict. The advantage of a system like Solar Roadways® in such a scenario lies in its decentralized nature. As described above, the decentralized grid can help prevent outages because energy would be produced everywhere and used close by. The increase in power required to disable the system increases on an exponential scale with increased implementation. Unlike the centralized energy production which is quite susceptible to this type of interference, a decentralized Solar Roadways system would offer more protection against EMPs than current centralized energy systems.

The transition to SR and electric vehicles will be a lengthy process, but a worthy endeavor. Solar Roadways® can provide the infrastructure needed to charge EVs, both statically (parking lots and driveways) and eventually dynamically (on roads and highways, while driving). 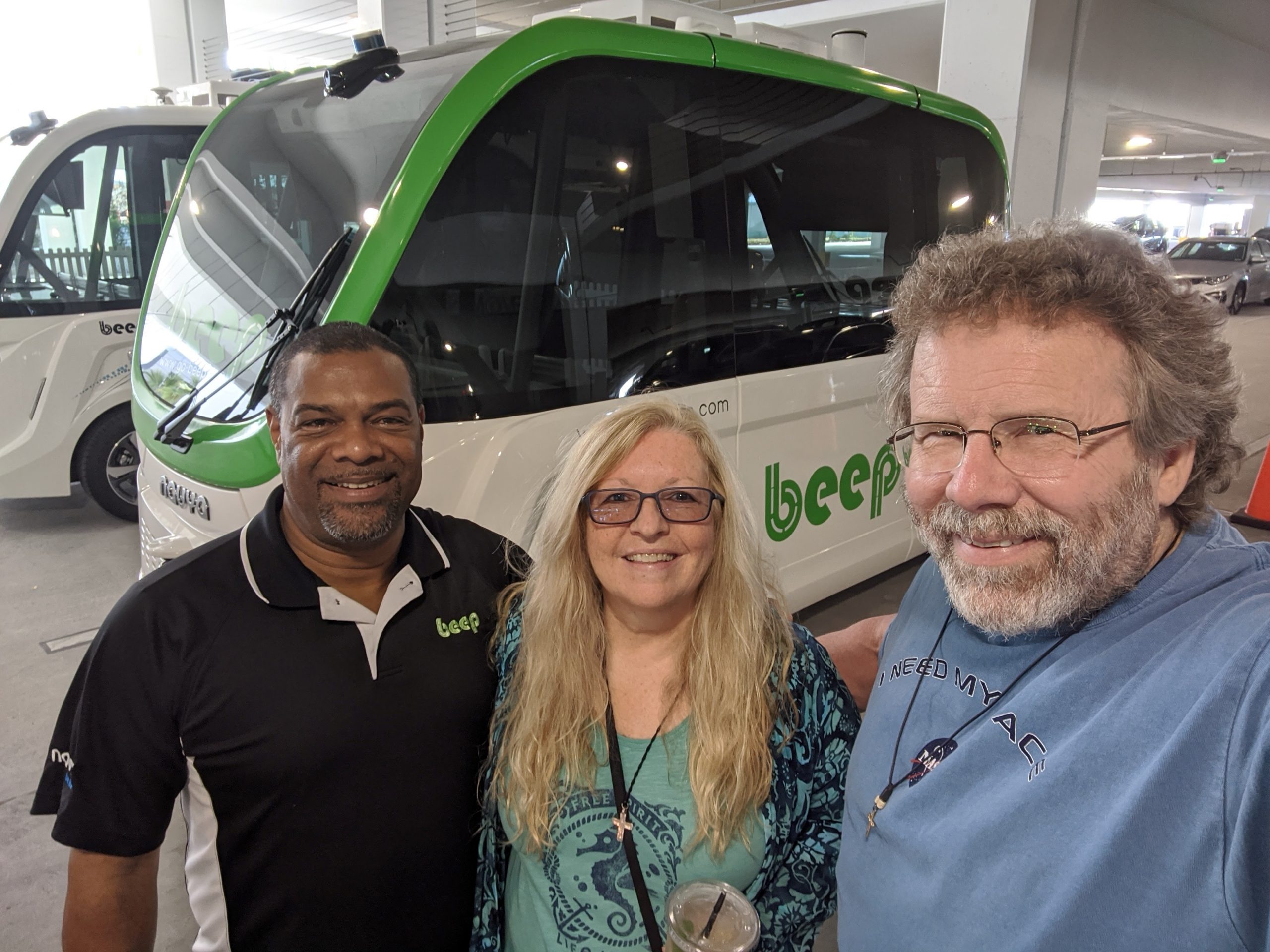 The actual implementation of mutual induction technology which will allow EV’s to charge while driving is really quite simple. SR can provide the infrastructure needed for mutual induction plates. They can be installed in: roadways, parking lots, driveways, etc. EVs could charge in multiple locations, thus lengthening their range. EVs will then be charged by the road while driving. This means that they won’t need large batteries, which will lighten their load and require less power to go the same distance. This mutual induction technology already exists, but there is not yet an efficient delivery system. Currently, plates would have to be installed in asphalt roads and power delivered to them, causing timely and expensive retrofits. SR can provide the delivery system, making EVs convenient, even in cross country road trips. In this way, Solar Roadways® can facilitate and speed up each country’s transition to EVs. Solar Roadways has been collaborating with a group working on the dynamic chargers. 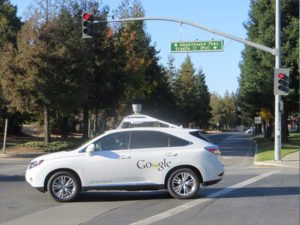 Autonomous vehicles are also an emerging technology. The SR team was invited to have a ride in the Google driverless car. It became apparent how SR could facilitate the transition to these vehicles. SR panels have microprocessors mounted permanently, meaning they have a fixed altitude, longitude, and latitude. This offers a very special method of knowing exactly where a driverless vehicle is and replaces the need to depend on satellite communications (GPS for instance) to determine location. It is much more accurate. A system could also link the location of each SR panel into its map application and use them to plot routes. Eventually, the Solar Roadway® could drive the vehicles.

The electronics in SR are specifically chosen to be both cost effective and of high quality. The electronics are selected with other technologies in mind, so the integration of mutual induction charging, EVs, and autonomous vehicles will be simple. New technologies can be added as they emerge.